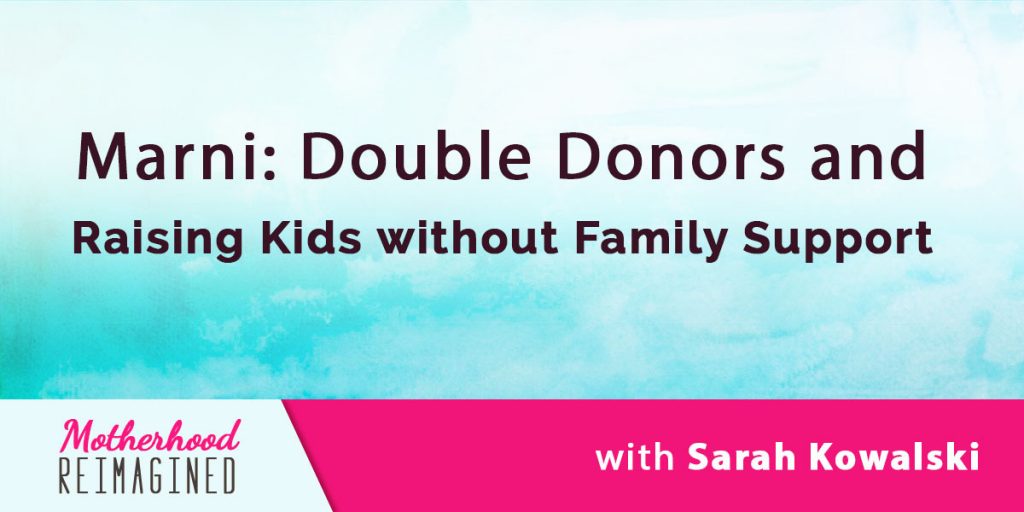 My guest today is Marni, a single-mother-by-choice who chose the path when the community wasn’t very accessible. She does an excellent job of painting what it was like twelve years ago and the challenges of finding donors. Marni needed both an egg donor and a sperm donor to conceive her son.  At the time of Marni’s process, her choices were very limited and sperm donors were always anonymous. She explains how she chose her donors and why she actually had to fight for her sperm donor in the end.

She expresses how much the community has changed since her process. The community is much easier to reach out to now. Marni has also raised her son largely on her own away from her family. We discuss the importance of “getting over yourself” and asking for help. It doesn’t mean you are weak. She is also proof that you don’t need family support to raise a child, a common stumbling block for some women.

It's finding that happy medium because you don't have two people to play off of and you're their mom not their friend, but you want to be their friend too because you are the only one they have. -- Marni Click To Tweet

Marni offers a unique perspective on the single-mother-by-choice path. She chose her path at a time when it was not a favorable option, culturally speaking. Which makes it a testament to the drive and resilience of Marni and the community around her.

Being a stay at home mom is the hardest job in the world and kudos to all moms out there that do it. It was never me, that goes back to my story of putting it off, doing the single mother thing, because I was career driven. -- Marni Click To Tweet

Thank you for joining us for Motherhood Reimagined. You can contact us through the website or Twitter, Pinterest, Instagram, and Facebook. I am currently looking for guests for the show so if you have an alternative path to motherhood, I’d love to talk with you!  Also, Tribe is live! So check it out and connect with women who are exactly in your shoes and can relate. Please join us for our next episode when we talk to another inspirational mother!