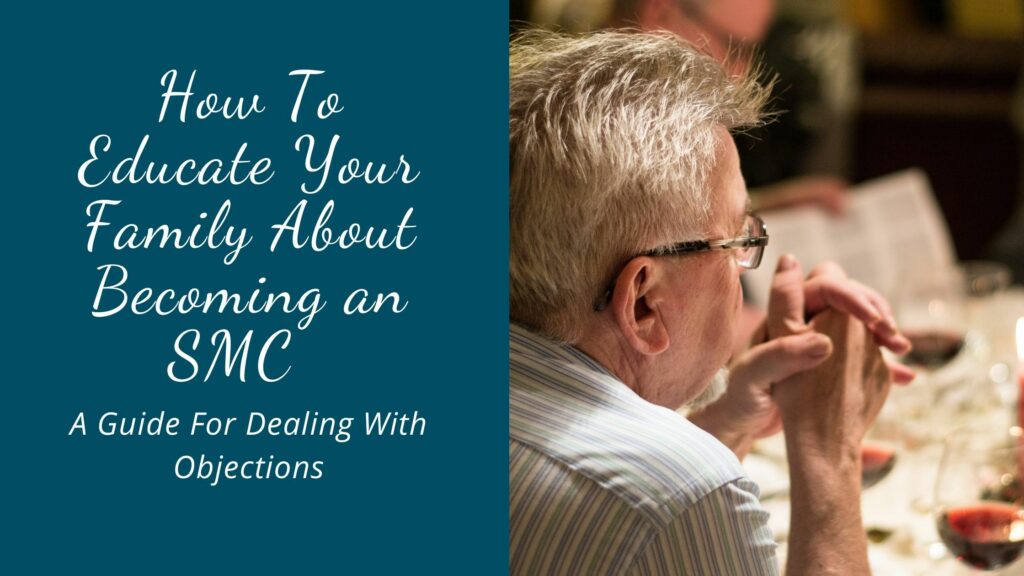 A few weeks ago, my blog post was about why your family might not be supportive of your choice to be a single mom. This week I’m following up with some suggestions about how to educate your family about becoming a single mother by choice in order to rally their support. Think of it as a guide you could give to your family to help educate them about what to say and not to say as well as how to frame your choice.

Many of you have asked me for this. So, tell me what I’m missing. It’s a work in progress.

How to support your daughter when she tells you she wants to be a single mom by choice.

When your daughter announces she wants to have a baby alone, it can be a big surprise. Initially, you may be scared about how hard it will be for her. But realize that your daughter has thought long and hard about this decision. She hasn’t made the choice lightly and she’s likely already thought about every concern you can think of.

1. Don’t say “why don’t you wait a little longer to find a partner.”

While I can understand why you want your child to wait a bit longer to find a partner, especially when your child is under the age of 35, the bottom line is that she is making a brave choice that more and more women are making every year.

Most women who choose this path, desperately want a partner. But they haven’t succeeded in love yet, and they don’t want to risk not having a baby. The stats regarding fertility are quite shocking. By the time you are 30, you have a 20% chance of conceiving a baby each month. "By the time she's in her 40s, 90 percent of a woman's eggs are chromosomally abnormal.” The longer she waits the harder and harder it will be, and the more money it might cost to get pregnant via IVF or even donor eggs.

Also, having a baby without a partner doesn’t mean your child will never find a partner. It just means she is changing the traditional order of events. And will seek partnership after she’s had her baby. The bonus --she will never be involved in a custody battle--especially if she avoids rushing into a partnership just so she can quickly find someone to have a baby with before her time runs out.

2. Recognize that having a child in partnership is relatively new in history

I recently listened to a fabulous podcast that traces the origins of partnerships based on love.  Most people assume that the nuclear family with one man husband and wife connected by love and own free will has. been around since antiquity.

But, did you know that 10,000 years ago, families consisted of loosely connected groups of about 50 with a few male leaders and several women shared between them to them. It wasn't until about 4000 years ago, that people started forming partnerships.  But these partnerships were based primarily  on economic and political parings.

As recently, as 1184, a prominent writer said, "Love can have no place between husband and wife.” Pairings based on love were considered dangerous.

It wasn't until the 1950's when partnerships based on the idea of two people finding their true love and partnering for that became widely accepted. So, when your child decides to have a baby on her own, it might feel groundbreaking and highly immoral, but in reality it's not that unusual.

3. Focus on the love and dedication your daughter is bringing to becoming a mom—she’s making it happen even though it’s hard to do and probably scares her too

Recognize that the choice to move forward alone is scary for your daughter. She had to mourn the loss of the life she always thought she’d have, and what society has been telling her to have for her entire life. She’s taking a bold and courageous step by moving forward on her own and she needs your support.

5. Single moms by choice report being the happiest of all moms.

It’s true, when surveyed, single moms by choice report being the happiest of all mothers. Happier than married or divorced moms. I tend to think it’s because as a general rule, we think so long and hard about becoming a mom and had to take very clear active steps to have a baby even though it was outside the traditional norms of what was expected of us.

And, more and more research is revealing that people who remain single are actually happier and more supported overall, than those who become married.

A study comparing the well-being of children growing up in a single-mother-by-choice home and to those of heterosexual two-parent families found no differences in terms of the parent-child relationship or child development. The key difference between a child who struggled with behavioral issues as a teenager and one who did not was the presence of one stable loving parent.

7. Focus on the well-being of the child.

Sometimes when a woman decides to become a single mom by choice, her family is worried about what to say to other people. The choice to use a sperm donor and act outside the norm feels uncomfortable and in some cases, even shameful.

But, your number 1 concern should be the well-being of the child. How will the child feel if you’re too scared, nervous or ashamed to tell others about how the child was conceived?

In contrast, imagine how your grandchild will feel when it can sense you feel proud of their conception story and unafraid to tell the world?

If you do feel uncomfortable, do the work to process your doubts and shame so that the child NEVER senses it from you.

8. Educate yourself about how to discuss donor conception.

I have an entire guide about this topic.  But the gist of it is, “it takes a seed from a man, a seed from a woman and a body to grow it in. Sometimes the person who provides the seed or the body is the mom or the dad.  But sometimes, they aren’t.​​ The person who raises you is your mom or dad. Love makes a family.”

9. Ask how you can best support her on her journey to become a single mom by choice.

The process of getting pregnant can be long and emotionally taxing. It’s incredibly tempting to ask for updates and want to be involved in the process. But ask your daughter how you can best support her. Does she want to be asked about her pregnancy status? Or, will she tell you when she has an update?

Whatever she tells you, try not to take it personally.

10. It Will Get Easier In Time

Hopefully, these points help you understand where your daughter is coming from and make you a little less scared about her choice. Just remember there is a growing community of single moms by choice. There is very little stigma around this choice.

It may feel like an unfamiliar path at first, but trust your daughter and start getting excited about having a grandchild.

So, what do you think? Would this be helpful to give family or friends who may not be fully supportive at first? Send me an email and let me know your thoughts.