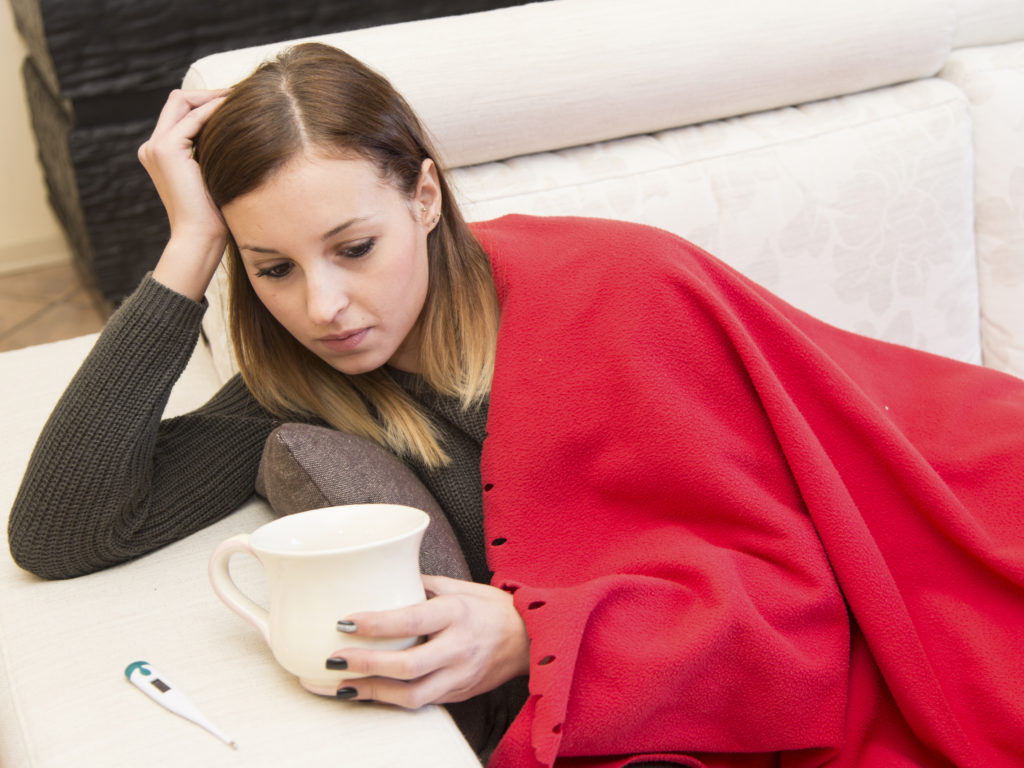 “You are infertile. To get pregnant, you will most likely need to use an egg donor.” These were the words my Reproductive Endocrinologist uttered before I had even started trying to get pregnant as a single mother by choice with the use of a sperm donor, at the ‘advanced maternal age’ of 41. “I cannot ethically advise you to try in vitro fertilization (IVF) or other fertility treatments to get pregnant.  You should likely go straight to donor eggs.” Then she added,  “But I cannot tell you what to do.  You need to do whatever you necessary to feel ready to use an egg donor.”

Her words caused me to shudder in despair. It had taken me a long time to decide to embark on motherhood without a partner—Plan B, you could say. But now before even getting a chance to try to conceive, she was crushing my dream. Immediately, I thought… Egg donor. NO WAY! I’d rather remain childless than use donor eggs.

Initially, I was completely unwilling to accept her prognosis. Infertility is technically defined after a patient has been trying to conceive for one year without success. Because there was no partner, I hadn’t even tried yet. I could not accept that I was infertile without first trying to conceive with my own eggs.  So, I set out determined to do everything possible to improve my fertility with herbs, meditation, acupuncture, Qigong, stress reduction etc. I had years of mind/body practices in the form of Qigong and meditation. I knew amazing healers, loved to research herbal remedies. I assumed that if anyone could beat the odds it would be me. I’d read books about women improving their health and conceiving when the doctors had said it was impossible.

Within in few months of trying, I could see that trying to get pregnant could stretch into years of hoping I’d beat the odds — convincing myself I should just try one more time.  There would be no limit to the types of alternative practices I could try. With less than a 1% chance of getting pregnant, I had to be smart about what to try.

If I had tried everything possible, I’d still be out there trying.  Instead I shifted my mindset to doing my best. My goal was to do everything necessary to feel like I did the best I could, after which I could walk away having kids altogether or move onto the next most drastic option.

If I had tried to do everything possible, I’d still be out there trying. Instead, I shifted my mindset to doing my best. #eggdonation Click To Tweet

I needed to satisfy the desire to see if I could beat the odds, but I needed ways to create limitations and boundaries on what I would try. The first limit I set was time. I knew I didn’t want to be 45 and giving birth. So, it was natural to set a time limit. For me, a year felt comfortable.

Financially, I realized that the amount of money I’d be spending on trying to get pregnant would be minute in relation to the amount of money I would ultimately spend raising a child.  But, I did not want to run down the savings that I’d accrued in order to feel comfortable bringing a child into the world alone. I had to pick an amount of money that felt comfortable to me. I set a financial limit so that I wouldn’t throw too much money at a seemingly impossible task.

I asked myself what it was worth to me to try to get pregnant given the crazy odds.  How much was I willing to essentially throw away in the off chance I’d get pregnant? I picked a precise amount of money.  I did end up going over that amount by about $1000 but at least as I approached that budget I told myself I was nearing my limit and changed course soon after reaching my budget.

Planning for the Worst Case Scenario – Warming Up to Egg Donation

Throughout all of my efforts, I never stopped planning for what felt like the worst-case scenario: egg donation or adoption. Initially, I felt that using an egg and a sperm donor would be akin to adopting a baby unrelated to me, not something I felt called to do. As a young child, I had always been fascinated with the question of nature vs nuture.  Rearing a child with my genes and watching how they were both similar and different to myself felt like part of the reason I wanted a child.

However, I didn’t completely bury my head in the sand and refuse to look at the options surrounding egg donation and adoption.  Instead, I started taking steps to gather information to see how I responded. I’ve learned that I make decisions best, when I gather research and then sit with the options and information.  Then I notice whether I am motivated to move forward and take action to gather more information or whether I loose steam and interest.

So, in order to warm up to the idea of not being able to conceive with my own eggs, I started doing research and let the idea percolate. I started by getting information about the process and pricing for fresh and frozen eggs from the reproductive clinic I’d already been using.

Slowly the horror about the idea of using an egg donor started to lift for me. But I still had to examine why I was so hung up on having a genetic link to my child. I started asking myself what I believed it meant to have a child that was genetically related to me. This brought up ideas of natural selection, evolution—our biological drive to propagate our genes. But if I really examined those ideas they only made sense from a scientific standpoint. In fact, from the standpoint of natural selection, it seemed biologically optimal to have genes from a completely different source incubated within my body. I could equate it to dogs — mutts are the healthiest—not purebreds. And, when it really came down to it, I did not really care about my specific DNA being passed on. I wanted to be a mother!

When it really came down to it, I did not really care about my specific DNA being passed on. I wanted to be a mother! #eggdonation #singlemombychoice Click To Tweet

The concept of “leaving a legacy” didn’t really mean anything to me. And, having a child via egg donation would mean I would have children to pass on my traditions.

I was fascinated by nature vs. nuture. But I happened upon the concept of epigenetics– the study of how variations in diet, stress and chemical exposure can affect which genes within a person’s genome actually express.  The implications for using an egg donor were enormous because it meant that if I carried a baby formed by completely unrelated egg and sperm, I would still have enormous influence over the “genetic” makeup of my child.

I also thought about what it would mean to carry a baby in utero. The baby would literally be bathing in my juices for a year—listening to my voice, tasting my food, experiencing my moods as my body’s various biochemicals traveled across the placenta. And what’s more the baby’s body and bones would be built from the cells and chemicals in my body!

A friend of mine had recently given birth to a baby via egg donation. I told her about my situation and asked her to breakfast. Watching her and her daughter interact was sweet and heart-warming. It immediately normalized the situation for me to see a real life breathing mother and child bond that seemed no different than any other mother and child.

Eventually, I realized that yes, I would love to see how my genes would express in another baby—it would be fun to see how my child resembled me. However, those ideas were not based in much more than fantasies about children and that paled in comparison to the desire to have a baby.

The year I spent trying to conceive was one of the hardest years of my life, fraught with constant hope and disappointment. I had to face that I was not going to get pregnant with my own eggs.

Luckily, by the time I lost all hope of getting pregnant naturally using my own eggs, I was armed with tons of information about egg donation that helped me figure out how I felt about it emotionally.

By the time I gave up on my own eggs, I was willing and actually even excited about using an egg donor. I felt very strongly about the importance of the time the baby would spend in utero. I realized that being pregnant, growing a child with my flesh and blood, giving birth and being able to breast feed were what I was seeking to feel linked to the child biologically.

And, once I decided to use an egg donor, I could change from saying to myself “if I get pregnant” to “when I get pregnant.” I’m not sure that this was actually the case now after meeting several women who have not succeeded in getting pregnant even with an egg donor.  But mentally it shifted for me.  And I believe that mental shift was a powerful component in getting pregnant.

Where are you at in the process? Do you need help making a plan for how long to try with your own eggs? Or, do you simply want to talk through using an egg donor to see if it’s right for you?  Sarah Kowalski, Life Coach and Fertility Doula, is a go to guide for women who are contemplating single motherhood, seeking help with fertility or raising donor-conceived children. Sign up below to receive a checklist I compiled to help set limits and work through the emotional barriers to using an egg donor. Join a FREE Facebook Support group. 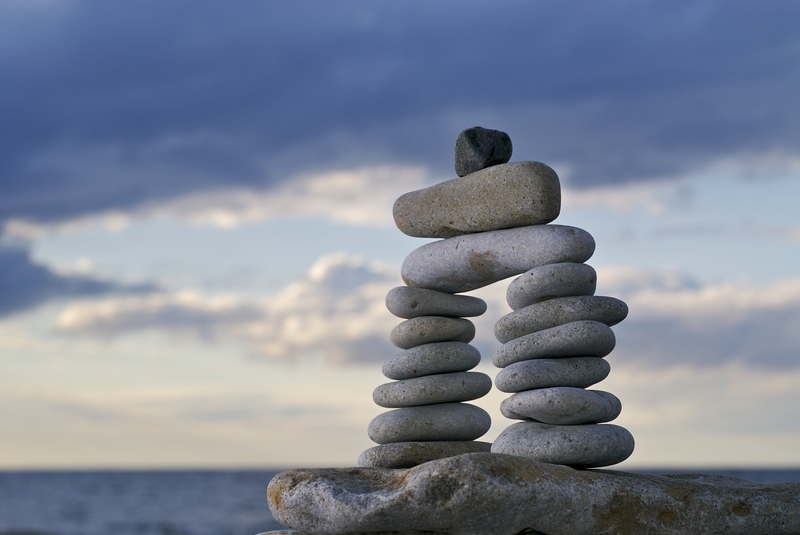 Fantastic. Now check your email to confirm you signed up and your checklist will be delivered shortly.