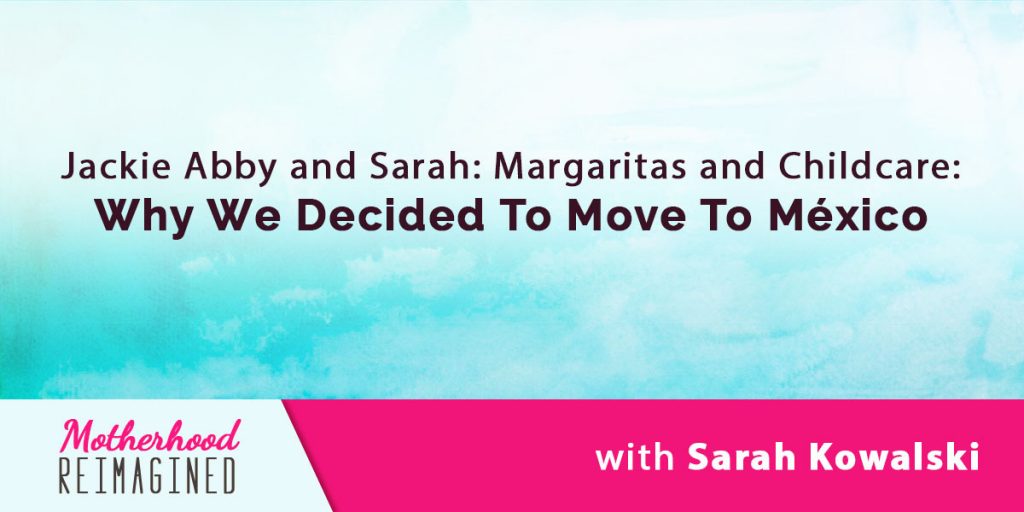 In today’s episode, we’ll be doing something a little bit different from the usual format. I’m interviewing my two friends, Jackie and Abby, who also live here in Mexico. We’ve received questions about how we ended up here and why, so we wanted to talk about how we met, why we moved here, and what’s different about living in Mexico versus living in the states.

Jackie, Abby, and I met in a single-moms-by-choice travel group online in a thread discussing the idea of moving abroad to save money. In today’s episodes, we talk about what our lives were like before moving to Mexico. Abby describes being frequently stressed and rushed, with little time for a social life. Though she had a strong support system, childcare was very expensive. Jackie also talks about how her long commute ate into her day and how childcare was more expensive than she’d originally counted on, due to her son’s heart condition. She took a pay cut in order to work remotely from home, but still couldn’t find much time to go out due to the expense of childcare.

In Mexico, their lives are very different. Abby describes having around seven and a half hours to herself while her children are in school. She has time to train as a pediatric sleep consultant, with an eye to opening her own remote business, while also taking a Spanish course, volunteering at a midwifery clinic, and working part-time. And she still also finds time to do yoga, exercise, and have coffee or lunch with friends. Jackie says that her job keeps her busy during the week, but she enjoys the beautiful views and delicious foods available in Mexico. She describes how much more affordable life is in Mexico – she can afford to have a standing babysitter, go for a massage or pedicure, and generally enjoy a more balanced life with more social activity than she was able to have in the states.

Abby, Jackie, and I also talk about the differences between healthcare cost and access in Mexico as opposed to what they were accustomed to in the US. Jackie and Abby talk about when they first started thinking about moving abroad and what the process was like for them. We discuss how satisfied we are with our lives in Mexico, as well as some of the harder things about making such a big move and adjusting to life in a new country, and Abby and Jackie share some tips that they’d give to others thinking about moving abroad with kids, as well as discuss when the best time is to make a big move when you have children.

I’m more social during the week without kids also, because people have time for you here. People have time to go to lunch, they’re not rushed.- Jackie Click To Tweet

You definitely can’t listen to people who aren’t on the ground living there, who’ve never even been to Mexico. What do they know?- Jackie Click To Tweet

Also, if you are wanting some guidance on this unconventional path, consider joining my Motherhood Reimagined Tribe.

As a Signature Level Tribe Members you get video calls with a small group of other alternative path mothers who are at different stages of their journey. The Solo and Pregnant  Support Group was recently launched and we are getting started with group calls very soon.

Use coupon codes, Foundermothly (for a monthly subscription) and founder6 (for a 6-month subscription.) I look forward to meeting you!

If you want a more private interaction with me, then consider my VIP Tribe membership. You get up to 4 calls per month with me, voicemail and text access as well as access to all my content and done for your research.