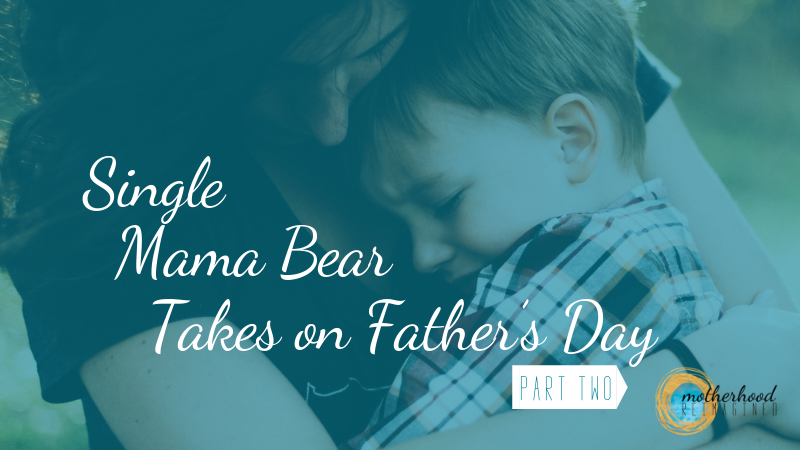 After my blog post about Father’s Day here in Mexico, many of you have asked how it went. In case you missed the first blog post my son’s school was originally planning to combine a Father’s Day activity with an invitation for the firefighters to come to our school for a water fight.

Aiden initially refused to go, not wanting to be at school for Father’s Day. So, we devised a plan to have Aiden and I pick up the firefighters at the station to lead them to our remote and hard to find school. During that time the kids would prepare something for the dads, but afterwards all family members would be present for the water fight.

I’m happy to report that it turned out great.

In the morning, a fellow parent sent out a reminder about the timing of the days events which only mentioned fathers coming. I quickly responded and asked her to rewrite the reminder to mention that mothers and fathers were welcome. And then I reached out to some other parents to make sure at least some moms were going. And they were!

I let my son, Aiden, stay home to hang out together that morning because it was going to be a lot of back and forth with the firefighters if I hadn’t kept him home. So it was a perfect excuse to have some special time together.

Aiden was keenly aware that it was Father’s Day and seemed a little hesitant to go.

Earlier that week, I’d gotten a report that he had broken his friend Kevin’s art project that he’d made for his dad. This is completely out of character for Aiden so I knew he’d been very upset with all the talk of Father’s Day.

“Yep, that’s true.” I responded as calmly as possible, trying to hide that I felt a dagger in my heart each time the little kid repeated this phrase. I tried to act cool and relaxed about his question so Aiden could see me responding with pride and normalcy.

So it wasn’t too surprising that on our way to pick up the firefighters, I could tell Aiden was still apprehensive about the situation. “Who’s going to be there?” he asked repeatedly. I listed off all the families I knew were coming. “But it’s Father’s Day,” he said. “James told me I have to have a father.” My breath halted at first. But then I took a breath.

“Well, he’s wrong isn’t he? We know lots of families with no fathers don’t we?” And I listed off every family we knew that was a mom and kid family or mom and mom family, etc. “So, James is confused, right?”

“Yes,” Aiden responded, visibly relieved. My son was satisfied and we continued to talk about all the kinds of families in the world. And ended on our mantra “love makes a family.” 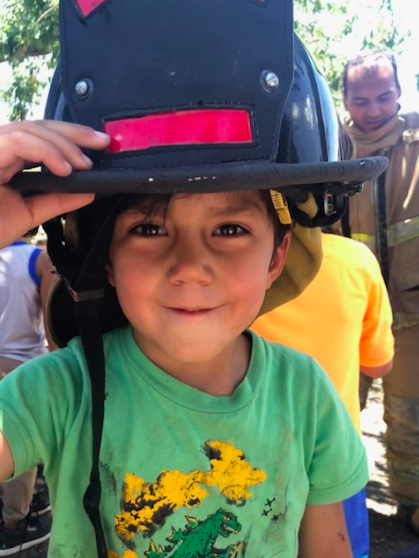 When we got to the fire station, we went in and saw all the gear once more and set off with the fire truck behind us. Aiden was thrilled.

When we pulled up at school, kids from all over the village came running to check out the fire engine. The kids from school all gathered round as the truck pulled onto school grounds.

Aiden was hesitant at first, surveying the crowd. But he quickly saw all his friends and their families, including moms, dads, grandparents and brothers. A smile washed over his face and he jumped on the truck with his pals.

The firefighters began with an explanation of their gear–which Aiden could already recite from memory and then the water fun began.

The firefighters turned on the water cannon from on top of the truck and started spraying everyone. Aiden hesitated, not wanting to go, but a friend’s dad grabbed Aiden and his own son and ran gleefully into the water. Aiden came back with a huge smile on his face, grabbed my hand, pulled me into the gushing flow of water and we got soaked together.

It was a day Aiden will never forget! And a difficult situation turned into a beautiful one.