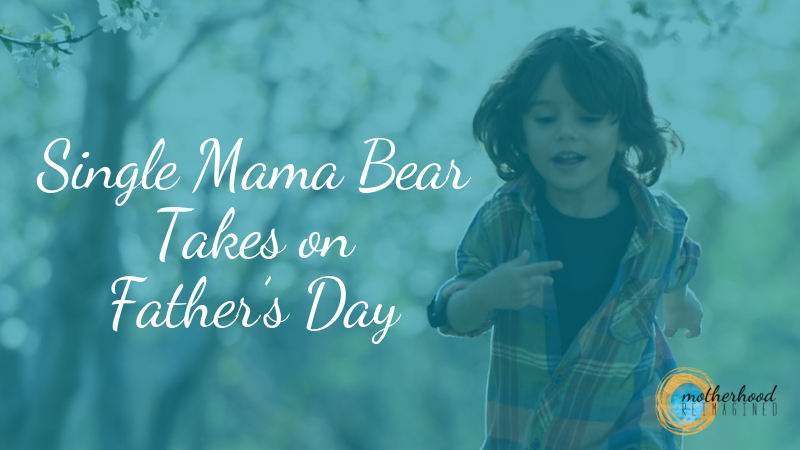 Recently, I’ve been noticing that my 5-year-old son is going through a new phase in his processing that we are a mom-and-kid family—there is no dad in the picture since I used a sperm donor (often referred to as a single mom by choice). I know he’s processing because I’ve been getting reports from school that he is telling all the other kids that his father was a cop and got shot and was killed.

I’m making moves to educate the teachers and families with the language I use and I’m making sure to have lots of conversations with my son about his donor and our situation. But it’s clear it’s a time of exploration, experimentation and even a little sadness around the topic for my son. (stay tuned for more detailed posts about this).

But, of course my hackles were up and mama bear was ready when I realized that here in Mexico, Father’s Day lands on a school day and is something traditionally celebrated at school–often with quite elaborate fiestas.

Of course, living in the US until recently with a very young son, I was easily able to ignore the day entirely. What’s more, having lived in the SF Bay Area, I was surrounded by people, schools and cultures that understand that families come in all shapes and sizes, with varying genders and structures, meaning they would never host “Mother’s Day” and “Father’s Day” celebrations.

Last week, the teachers notified me they were planning a celebration on a Tuesday and asked me how they could accommodate Aiden. “Another father can adopt him for the day,” they suggested.

My response was to burst into tears, completely surprising myself. I rarely feel sadness about our family structure or that we are missing anything. But since Aiden is now old enough that his classmates are asking if he has a dad, and he’s making up outlandish stories, I’m aware it’s something he is actively making sense of at the moment. I did not want my son to feel more sadness and confusion around this topic. Having no dad on Father’s Day was going to be difficult enough but this seemed like particularly bad timing to have a big party to celebrate dads. Ugh!

After consulting a few of my SMC friends in my ever-growing community here in Mexico, I decided to give my son a few choices about what we would do on Father’s Day–invite someone else, have another dad “adopt him” for the day, let me go as his father, or not go to the event at all. He opted not to go. I tried to have the conversation a few different times in a few different ways but he wasn’t having any of it. He was adamant. He would not go!!

The following day, the teachers announced that the firefighters would be coming to our school to have the ultimate water fight with the fathers and kids. If you know my son at all, you know he’s been obsessed with firefighters for about 80% of his life, literally wearing nothing but a firefighter suit and helmet for about 18 months straight.

My heart broke–was my child really going to have to choose between going to a Father’s Day event, and getting to use a firefighter hose to spray his friends and stage rescues?

I implored the school to think of a way to separate the firefighter activity from the Father’s Day activity. I could tell the other parents were a little taken aback.

“Why can’t you just stand in as his dad?” the teacher asked. “You are his mother and his father.” I tried to explain in my broken Spanish that it’s not the language we use. I’ve never referred as myself as my son’s father. And, based on Aiden’s response, I wasn’t going to start now.

After quite a bit of back and forth (using Google translate to convey these complex ideas), some private side conversations, and offering up multiple suggestions for other ways we could structure the day to separate the Father’s Day portion from the firefighter’s arrival, we finally came up with a solution.

As a single mom on Father’s Day, my mama bear definitely came out. And I’m so glad I persisted. I sense that I ruffled some feathers by speaking up, feeling a slight undercurrent of ”you chose to have a baby alone. Deal with it. We can’t change our traditions for you.”

As much as I love living in Mexico and I generally feel like people are progressive and inclusive, they are traditional, which means there are a lot of rich cultural events. It’s given me a little taste of what it’s like to live in a less progressive area of the world.

In which ways have you encountered Father’s Day issues or more traditional notions of family in your life? How have you dealt with them? Comment and tell me your experiences. I want to know!

A friend recently sent me an article advocating for eliminating gender-specific events at school. So instead of hosting Donuts with Dads or Muffins with Moms, the article encourages schools to create inclusive community-building events that don’t assume any particular family structures. Here are some of the lovely suggestions that you can advocate for: