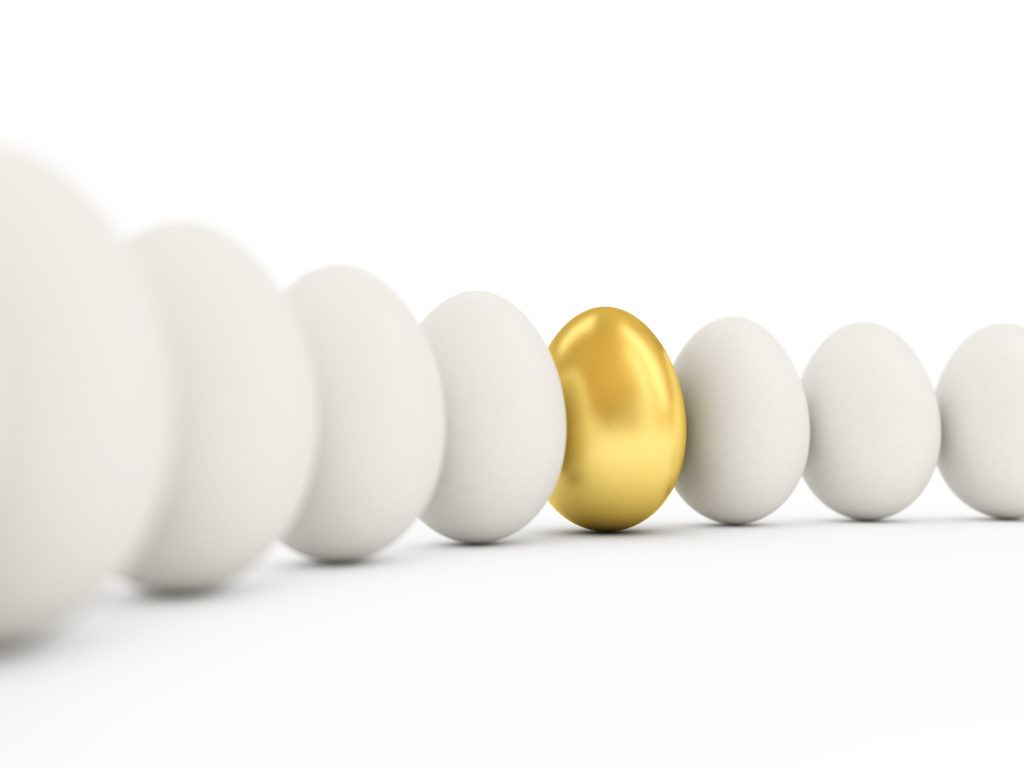 I feel at the same time, very cynical about companies paying their employees money to freeze their eggs so they can put off starting a family and thrilled that this technology is available to provide more opportunities for women.

I was one of those women who after putting my career first, just couldn’t seem to find Mr. Right and so by the age of 39, I started thinking about whether I wanted to have a baby alone. I’d had my FSH levels tested when I was 38 and was my number was good. (FSH levels indicate how hard your body is working to ovulate and is somewhat predictive of egg quality and quantity). Although the doctor warned it could change at any time, I assumed I was ok.

So, I took my time deciding whether or not to move forward alone with a sperm donor. I hemmed and hawed for over a year.  When I finally made the choice, I tested my FSH again only to find out it had skyrocketed to a peri-menopausal level. My doctor explained that I had premature ovarian failure—I would not be able to get pregnant with my own eggs.

Do I wish I had frozen my eggs years prior?  Yes and no.  When I was contemplating egg freezing, no one knew whether frozen eggs were in fact viable.  In 2012, the “experimental” label was removed from the vitrification (flash freezing) process. I needed to freeze my eggs years before that label was removed.

Now, everywhere I look, there are egg freezing parties, akin to Tupperware parties of the generation before. Many companies such as Apple and FaceBook offer their employees $20,000 toward egg-freezing. The number of women freezing their eggs has exploded.

According to data taken from SART (Society for Assisted Reproductive Technology), in 2009, only about 500 women froze their eggs—in 2013, that number rose to about 5000. Fertility marketer EggBanxx estimates that 76,000 women will be freezing their eggs by 2018. Stats taken from http://time.com/3959487/egg-freezing-need-to-know/

When I discovered how hard, or in my case, impossible it is to conceive in your 40’s, I felt deceived. I had focused on my career and crossing things off my bucket list before considering children because I thought I had time.

Egg freezing has shone a light on the fact that it’s not actually that easy to conceive in your 40’s. It gives those women who pursue their careers or struggle to find the right guy, the opportunity to buy themselves more time.

But that enthusiasm comes with trepidation for two reasons.  First, egg freezing is not the insurance policy that women assume it to be.  There is no real data on success rates. And the data available shows that results are incredibly variable after the age of 35 when fertility starts to declines quite rapidly.

There is virtually no way to know the quality of the eggs produced in an IVF cycle.  Certainly, you will know how many eggs were harvested and whether they are mature, but although genetic testing of eggs is technically possible, it’s much too expensive to become part of the regular procedure in the U.S. so genetic testing only happens once an egg has been fertilized and grown into a blastocyst (a pre-embryonic state.)

For those women who haven’t yet found a partner with whom to have a baby, that means they have no idea if their eggs will in fact be genetically healthy until they are thawed and fertilized years later. Women could very easily be pinning their hopes on bad eggs.

Current statistics only show a 24% success rate of pregnancy with frozen eggs (that number is likely skewed low because many of the eggs used were frozen using old slow freeze technology). Yet there is no data for pregnancies resulting from vitrified eggs. And success rates are largely dependent on the age at which a woman freezes her eggs.

A study published in the journal of Human Reproduction  predicts that women 35 or under who freeze 10 eggs have a ~70% chance of at least one live birth later on and if they increase to 20 eggs, their chances jump to 90%. But that number drops every year that goes by.  So a woman who’s 36 when she freezes her eggs has a 60% chance of a live birth from 10 eggs harvested.

Wedded to an outcome

And, secondly, I hope that women who freeze their eggs are not more wedded to the idea of being able to conceive with their own eggs.  How will women who put off child birth assuming they are guaranteed a genetically related child if they froze their eggs react if they discover years later that they have no viable eggs?  Will they be more resistant to alternate paths to motherhood if it doesn’t work out?

I am a mother of a 3-year old son conceived via sperm and egg donation.  I was not able to conceive with my eggs, but I did get pregnant and give birth to my son via donor eggs.

At the time it felt tragic. I fought the diagnosis for a year while I did everything I needed to get closure and come to terms with having a genetically unrelated child.  But, on the other side, as the mother of an amazing son, I have no regrets or lingering sadness about the process.  I have the baby I was meant to have. I’m convinced everything worked out the way it was meant to.

Given how it turned out, I can’t say I have any regrets about not freezing my eggs. I avoided pumping my body with immense amounts of hormones and I have an amazing child.

Sure, of course you love your child—no one would admit to wanting a different child, the cynics may say.  And, I would say that is true.  And, I genuinely can’t imagine it any other way.  The love I feel for my child is so immense, so much bigger than I ever imagined.

It may simply be the truth about parenthood—that you will love whatever child you get.

Freezing your eggs is a great idea depending on your situation. It’s fabulous that women have more options.  But you may be hesitant to spend the money or subject yourself to the hormones.  And, remember, it’s not a guarantee. You may have frozen your eggs and discover none are viable, or you may fail to respond to the medications. Or, any other list of unknowns.

It’s critical to remember that it’s all too easy to get stuck on a particular vision and remain wedded to it even when it’s not working. If I’ve learned one thing in life it’s that it almost never goes according to plan. The more unattached you can remain to the outcome, the easier your journey to motherhood will be.  I learned the hard way that I needed to let go of my vision in order to allow something else to arise.  I had to reimagine motherhood over and over.

My advice is to consider egg-freezing if you are still young enough (most advise under 35).  And, no matter what you decide don’t get too wedded to your path.  Stay open to the unfolding, and allow alternative paths to motherhood circulate in your mind, because one thing is for sure—no matter how you become a mother, you will love any baby you are given the honor to raise.