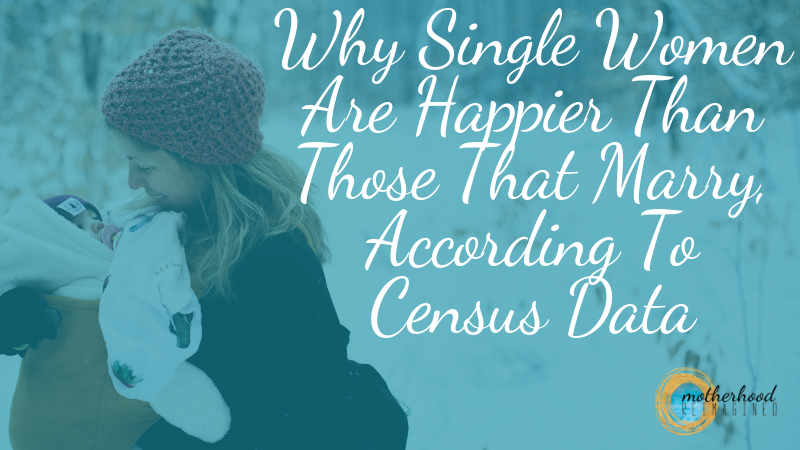 Negative commentary about single moms is still prevalent, but having a baby without a partner as a single mother by choice might make you the happiest according to science.

Several years ago, my fortieth birthday fast approaching, I forced myself to ask whether I wanted to have a kid even though I didn’t yet have a partner.  I knew my fertility window was closing and Mr. Right was decidedly absent. But I worried about whether I would be happy as a single mom by choice (SMBC).

And so, I made the anguished choice of having a baby without a partner, via sperm donor, often called a single mom by choice (SMC or SMBC). In making the decision, I felt I was giving up on half the dream. I beat myself up at failing at an aspect of life so prized by society–partnership.

Until recently, it’s been the norm for women to marry –remaining single, especially as a woman, has been seen as undesirable and to be avoided all costs.  Kate Bolick, author of Spinster: The Making of One’s Life states “The single woman is nearly always considered an anomaly, an aberration from the social order.”  On top of that, single moms are regularly blamed for many of society’s problems, seen as drains on society.

I was told by my parents over and over again that I needed to get married.  I remember them breathing a sigh of relief when my sister got married. They explained that they felt she was now adequately taken care of.  They could relax a little.

But despite the messages many of us received growing up, a recent Pew Research Center survey found that the public is less convinced that marriage and family are the highest priority for society. When Survey respondents were asked which of the following statements came closer to their own views: 46% of adults chose “Society is better off if people make marriage and having children a priority,”  while 50% chose “society is just as well off if people have priorities other than marriage and children.” And, if you look at people aged 18 to 29 the number of people who believe society is better off when people have priorities other than marriage and kids that number skyrockets to (67%).

So, even though the negative commentary about single moms is still prevalent, in fact, my choice to pursue a career as a lawyer, put off partnership and eventually have a baby alone is not so strange or detrimental.  In fact, it might just be the smarter choice.

Single Moms Are Getting Older

It’s presumed that many of these older women having babies are doing so by choice. “I don’t think people realize that there are a lot of older women now who are having babies deliberately, single mothers by choice,” said Isabel Sawhill, a senior fellow at the Brookings Institution and author of “Generation Unbound: Drifting Into Sex and Parenthood Without Marriage.”

A study comparing the well-being of children growing up in single-mother-by-choice and heterosexual two-parent families found no differences in terms of parent-child relationship or child development. The key difference between a child who struggled with behavioral issues as a teenager and those who did not was the presence of one-stable loving parent.

And, although many tout relationships as the key to happiness, research shows that being in a relationship doesn’t create higher self-esteem. A recent study found that people who married enjoyed no better self-esteem than those who stayed in romantic relationships without tying the knot.

It’s even true that single people have more sex than married adults. And, despite the long-standing belief that those who marry are healthier, new studies show single adults to be healthier. Women who married gained more weight and drank more than those who stayed single.

Many women decide to parent on their own, as a last resort–a Plan B. Yet, not only is it a growing trend — 2017 Census data, a record number of adults in the U.S. remained unmarried –that’s more than 45% of all people 18 years and older, but there’s much to support it being a happier, healthier choice.

While, I love having science to back me up, I can also say that having a baby without a partner is the single greatest decision I ever made. It felt devastating to give up the white picket fence and the dreamy husband, now I wouldn’t do it any other way. I never have to debate child-rearing techniques or suffer through a painful custody battle. And even though it’s really exhausting to have all aspects of parenting fall to me, there’s a peace that comes from knowing I’m on deck.

My wish– that other women consider solo parenting as a legitimate choice to make–a first choice they can make with pride–not one that’s seen as second best. Science thinks it’s a great idea — so should you!

Here’s a graphic to boil it all down.