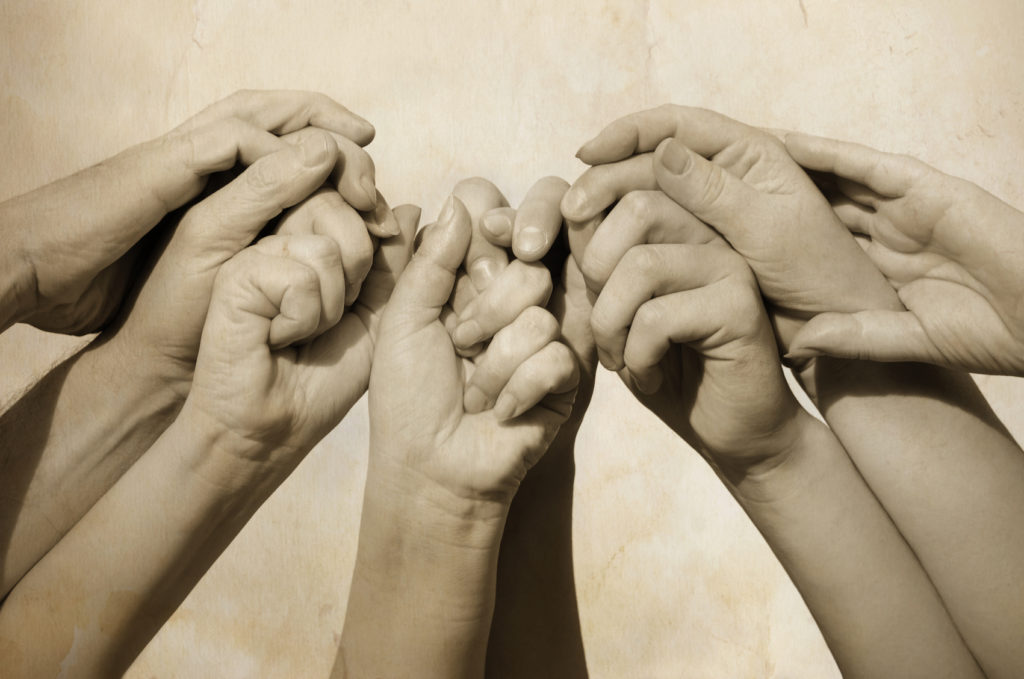 When I proactively chose to become a Solo Mom, I knew that Parenting would become my spiritual practice. And, indeed, who better to teach me consciousness, love, and tolerance than a child? My goal in spiritual practice has always been to shine a light on my blind spots of awareness so that I can be a more conscious, loving, and tolerant human being. I strive to be less driven by reaction and habits, and instead able to let go of the need to be right or to view things personally.

Donald Trump will take office this week.  And, it’s becoming ever more evident that we live in an era of hatred and fear. Some are using Trump’s rhetoric to fuel their hatred and intolerance. I’ve been finding it even harder to nurture love and joy toward all. I am scared about my own financial stability in a climate that may prove to be less tolerant of women, single mothers, and minorities. I am also angry and fearful about the lessons my son may learn about the role of women and minorities in society.

In this climate, my spiritual practice has taken on another new meaning. Every day, I want to ask myself the following questions: How can I practice more love and acceptance? How do I listen more carefully to the grievances of others? How do I see all sides of very complicated issues so as not to judge and marginalize others? And, most important, how do I consciously parent to raise a son who embraces and appreciates the differences among all of us?

Over the last few weeks, I’ve become deeply aware that I need to be the change I want to see in the world. Not only because I need to be a force of love and tolerance in my community but also—and more important—because I am a shepherd to my son and his generation, a generation that I hope will return to a more inclusive, loving, progressive agenda.

As a single mom by choice, my son and I already talk about the different types of family structures in the world—single, same-sex, divorced, one mother, two mothers, two fathers, etc. I am happy to have this foundation of “difference” as a core principle in his upbringing. But I need to springboard from these variations in family structure to teaching him about the myriad differences among people.

Many have suggested practicing random acts of kindness to directly counter the uptick in hate crimes happening around the country. As I watch the news, I feel powerless to effect any real change. The cynic in me has often questioned whether or not practicing random acts of kindness could actually have an impact or lasting change on society. Being a mother has changed this for me. I finally get it. We know that children learn more from imitation than from what we actually tell them, especially when they are young. I must be the change I want to see because my child will learn from me and even imitate me! The promise of a brighter future depends on bridging the gaps between us, creating meaningful dialogue, and encouraging self-reflection and self-correction. If I do these things every day in my most insignificant actions to the most important, my son will learn to do the same. I’ve found myself smiling more at people walking down the street, especially if the person is a minority or appears to be poor. When homeless people have asked me for money, I’ve reached into my pockets more often and to those I have not given money, I’ve tried to look them in the eye and say, “I’m sorry I cannot contribute right now” rather than looking away and mumbling an almost inaudible apology. I’ve offered to carry items for persons in wheelchairs, and I’ve actively reached out to introduce myself to the Muslim women wearing burkas and hijabs while our children played together.

On one level, these acts may be futile, and on another level, they may be forming the foundation of my son’s attitudes. I know my heart has been cracked open by the fear of increased intolerance toward many, and I’m trying to demonstrate love in any way I can.

No matter whom you voted for this election and no matter what you believe in, I hope you will join me in cultivating a sense of our common humanity in whatever way you can. No act is too small.

This article first appeared on ESME.com

Posted in Single mom by Choice, Uncategorized
Scroll To Top